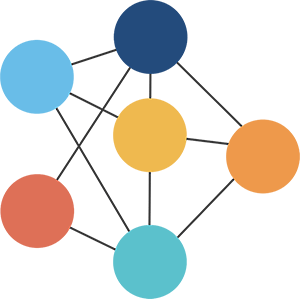 What you need to know about the Internet of Things

It’s kind of a goofy name, isn’t it? The Internet of Things? Isn’t the Internet already full of things? Actually, the IoT refers to a near future where all devices, from coffee makers to car computers, are connected to one another via the Internet. It would be a time where your home network would really encompass your entire home.

What would the IoT do for businesses?

The high-tech business world has been clamouring for something resembling the IoT since computers were first invented. The more devices communicate with each other, the more efficiently a company could be run. Human error would decrease. The workplace printer would tell the director’s computer to order more toner before it ever had the opportunity to run out.

Even businesses which are less technology-oriented can benefit from increased online connectivity. The communication perks alone are instrumental in helping businesses succeed in the 21st century.

For individual people, the IoT is a path to convenience. After waking you up on a cold winter morning, your alarm clock might then shoot your car a message, telling it to turn on and preheat for you.

Already people have home security cameras connected to their iPhones. Imagine the logical progression of this, where your phone was connected to everything from your refrigerator to your video game console. A grounded child at home sneaking onto the Xbox? Your phone would let you know, and perhaps give you the option to turn the device off remotely. This is the general idea of the Internet of Things.

Doesn’t this all sound like an 80’s dystopian sci-fi film?

We see a lot of issues with data misuse and privacy even today. The Pew Research Center estimates that nearly all adults already feel that they have lost control of their personal data. And that’s without their toasters being connected to their cell phones. The idea that many more devices, a lot of which would likely have little to no security protections against hacking or other infiltration is very scary to some people. But the future is coming, and all we can do is make sure we’re prepared for it. As long as people remain concerned with security, we can keep moving forward with plans to lessen the drawbacks of the IoT and amplify its benefits.

How would all these devices connect together?

In order to be included in the Internet of Things, a device has to be Internet compatible. A SIM card is what allows many network-enabled devices like your phone, tablet or even laptop to connect to network cell towers and access the world wide web. Certainly, as we move more and more towards total connectivity between people and machines as well as machines and other machines, SIM cards and similar devices will also be evolving with the times.

For example, global connectivity is already one the rise. Very few major companies can manage to function completely domestically anymore, and most people’s jobs remain tied in some way to global connections. More and more technological innovations are looking for components that ensure their competitiveness in the global space. SIM cards that allow for global use are becoming more important by the day.

Companies like BNESIM, which arose from the need to read your cell phone for an international trip are now expanding into more of an IoT mindset. They now offer SIM cards and data plans with IoT startups in mind.

What is an IoT startup?

Speaking broadly, an IoT startup is any company with the initiative to take previously unconnected devices and make them compatible with the Internet and the devices around them. Some IoT startups are getting a lot of attention. There’s enormous potential in these ventures.

How does BNESIM IoT work?

BNESIM’s SIM cards work in 170 different countries and their prices are very reasonable, making them a safe choice for startups of all sizes and scopes. BNESIM partners with startup companies from the get-go, and works with them through the entire concept-to-launch process. Their SIM cards are compatible with all smart home devices as well as alarms, remote sensors and many other M2M applications.

The only thing blocking an IoT startup is geography and money. Global SIM cards at a reasonable rate are the salve to cure that wound. Now the only boundaries are that of a startup’s imagination.

BNESIM IoT is just one example of how the world is readying to meet the Internet of Things when it finally takes full hold. Having globally-enabled SIM cards in all your devices allows for worldwide connectivity in a way previously only dreamed of. The future is coming up fast, and for once we seem ready to welcome it.

We use cookies on our website to give you the most relevant experience by remembering your preferences and repeat visits. By clicking “Accept All”, you consent to the use of ALL the cookies. However, you may visit "Cookie Settings" to provide a controlled consent.
Cookie SettingsAccept All
Manage consent

This website uses cookies to improve your experience while you navigate through the website. Out of these, the cookies that are categorized as necessary are stored on your browser as they are essential for the working of basic functionalities of the website. We also use third-party cookies that help us analyze and understand how you use this website. These cookies will be stored in your browser only with your consent. You also have the option to opt-out of these cookies. But opting out of some of these cookies may affect your browsing experience.
Necessary Always Enabled
Necessary cookies are absolutely essential for the website to function properly. These cookies ensure basic functionalities and security features of the website, anonymously.
Functional
Functional cookies help to perform certain functionalities like sharing the content of the website on social media platforms, collect feedbacks, and other third-party features.
Performance
Performance cookies are used to understand and analyze the key performance indexes of the website which helps in delivering a better user experience for the visitors.
Analytics
Analytical cookies are used to understand how visitors interact with the website. These cookies help provide information on metrics the number of visitors, bounce rate, traffic source, etc.
Advertisement
Advertisement cookies are used to provide visitors with relevant ads and marketing campaigns. These cookies track visitors across websites and collect information to provide customized ads.
Others
Other uncategorized cookies are those that are being analyzed and have not been classified into a category as yet.
SAVE & ACCEPT